FOR THE LOVE OF MOVEMENT – PAULINE’S STORY 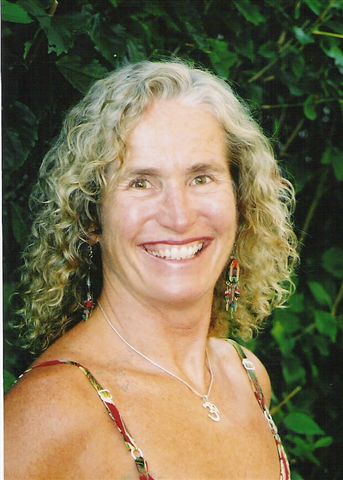 A significant assignment unfolded during a NIA training some years ago.  The attendees were asked to write down their purpose.  It didn’t take Pauline Ivens long to put pen to paper and write, “To make a difference in people’s lives through movement education.”  After all, this is what she has spent the last 46 years doing, first as a physical education teacher and eventually as one of the leading experts in water fitness. Pauline is retiring at the end of 2018 and so Fitmotivation is reflecting on the career of one of the aquatic fitness industry’s best and brightest.

Raised on the Isle of Wight in England, Pauline’s passion for movement began for when she was 5 years old and discovered dance.  “I have always loved it,” says Pauline.  Enamored with the art of movement, she took up modern dance in college and even studied aesthetics, the study of beauty and form as it related to human movement. Eventually she combined her desire to teach with her love of movement by becoming a physical education teacher.

Pauline at the Isle of Wight Pop Festival in 1970, where Jimi Hendrix performed two weeks before he died.

After several years of teaching and working her way up to head of her department at the school where she taught, Pauline started feeling like she needed to take her skills to a new level.  According to Pauline, teachers know they need a boost when they start experiencing dread about returning to the classroom in September.   “I didn’t want to become one of those teachers who lose their enjoyment for teaching because this creates a terrible relationship between teacher and student,” explains Pauline.

Fortunately fate intervened when Pauline met a teacher who had participated in the Fulbright Teacher Exchange Program.  This program allows teachers to temporarily swap jobs with another teacher in a different country.  Pauline applied for an exchange gig in the USA and scored an assignment in the Portland, OR area in 1984.  Oregon captured Pauline’s heart and she says she was miserable when she had to return to England after the one-year exchange program.   “From 1985 to 1988 I was a woman on a mission to get back to Oregon.”

Ready for a change but not exactly sure what that change would be, Pauline started thinking that adaptive physical education, helping people of all ages move better, would be a natural progression of her interests and skills.  Contacts that she had made in Oregon made her aware of an adaptive physical education program at a university in Eugene, OR.   Pauline applied for the masters program at the University of Oregon – School of Human Performance in 1988 and was accepted.  Leaving behind England, she set out for the USA ready to expand her horizons.

Participating in a Graduate Teaching Fellowship, Pauline taught land and water aerobic classes at the university.  She soon became the coordinator of the university fitness center and started hosting educational workshops for land and water aerobic instructors.  One of the presenters she brought in was Craig Stuart, who had just founded a company called HYDRO-FIT a couple of years earlier.  “He was so impressed with my event organization that he asked me to work for him.”

Pauline at a 1990 University of Oregon step workshop

One of the first jobs that Craig tasked Pauline with was creating a workshop called Liquid FIT.  FIT stood for Funk Interval Training.  “Keep in mind; it was the early 90’s and funk was popular,” explains Pauline.  Having completed her first job, Craig and Pauline headed for the International Aquatic Fitness Conference (IAFC) 1992 in Fairfax, VA to co-teach Liquid FIT.  The program was a hit and Pauline’s career in aquatic fitness instructor education was launched.  Interestingly enough, Pauline met Steph Toogood, another Isle of Wight denizen at the Fairfax conference and the chance encounter has led to a lifelong friendship.

Still working at the university and now juggling part-time work as HYDRO-FIT’s Director of Education, Pauline had to make some decisions about her career after experiencing success in Fairfax.  “Not long after that I started full-time at HYDRO-FIT and instead of pursuing work with people with disabilities I found myself staying in the fitness world and specializing in water exercise,” says Pauline.   Her next big career move happened in 1995 when she applied to become a training specialist with the Aquatic Exercise Association (AEA). “I vividly remember taking my AEA Trainer exam during IAFC 1995 at Coral Gables, FL and It was a somewhat nerve-wracking experience to sit in front of the interview panel and explain why I wanted to become an AEA Training Specialist.”   Pauline was accepted and another career milestone was achieved.

The years between 1995-2000 were a hectic blur of seminars and trainings all across the USA. “I designed all kinds of new workshops, filmed videos, presented for IDEA, SCW, Fitour and IAFC.”  Pauline also continued her work for HYDRO-FIT from 1993-2000.  She recalls these years as a testament to her inner knowledge as a young girl and as a college student that movement education would be her passion.  “I had landed in a job where I could pursue my passion for teaching and help water exercise instructors develop their knowledge and professional skills.”

Pauline with Craig Stuart at IAFC 1997

The Third Millenium was a pivotal year for Pauline as she decided to start her own business as a fitness educator and continuing education provider.  Aqua Aerobics Unlimited was launched 18 years ago.  Pauline’s seminars, DVDs, online education and instructor retreats became a conduit for her knowledge and passion.  Known to not only exemplify educational excellence herself, but to demand it from those she trained, Pauline’s quest has always been – WHY.  Why are you teaching that move?  What is the purpose of that exercise?  What are the benefits?  “Certification is an important beginning, but all aquatic fitness instructors should continue their study of human anatomy and applied anatomy as it combines with the properties of the water.”   According to Pauline, having this knowledge is essential for educating students so they know why they are doing a move and how it will benefit them. Exercise safety has been a personal and professional goal for Pauline and she believes that with knowledge any instructor can deliver a safe, effective, fun class.

Funny story.   As a new AEA Training Specialist in 2005, Pauline was my assigned tutor on my first certification gig.  The night before the certification Pauline and I were having dinner and talking shop.  At some point I mentioned how much I loved doing “front to back shoot throughs” in the water.  Pauline asked me what the purpose of the exercise was.  I thought hard and couldn’t come up with any answer other than...”they are fun?”   “WRONG ANSWER” replied Pauline in her English accent.  And so I offer Pauline my own personal thanks for helping me understand the importance of identifying the purpose of a movement.

Looking back at 25+ years as an aquatic fitness educator, Pauline recalls teaching at IAFC 22 times.  One of her proudest moments was receiving the AEA Aquatic Fitness Professional Award in 1997.

“That award has sat on my desk since 1997 and has always reminded me to keep striving for educational excellence in all that I do.”

Pauline and her AEA Global Award for Aquatic Fitness Professional

In life, not everyone gets to pursue their passion and follow their dreams.   Some people never quite figure out what they want to do.  Pauline is one of the lucky one’s.  “What I have valued the most is my teacher training in England because I love to teach and I just needed to change the population from teenagers to adults,” reflects Pauline.

On behalf of aquatic fitness instructors everywhere, I would like to congratulate Pauline on her contribution to the industry and salute her for a job well done.  You really did make a difference in people lives with movement education.

Author: Mark Grevelding is the founder of Fitmotivation. He is also a training specialist and consultant with the Aquatic Exercise Association’s (AEA). Mark has been active in the fitness industry for 22 years as a group fitness instructor, personal trainer, international presenter and a continuing education provider for AEA, AFAA & ACE.